Since 22-year-old Mahsa Amini’s tragic death on 17th September—at the hands of Iran’s so-called “morality police” for the alleged crime of exposing some strands of hair—many of us, both inside and outside the country, have expressed outrage at the oppressive, patriarchal regime that led to her murder.

Three weeks later, Mahsa has since become a global symbol of Iranian women’s resistance, and protests calling for justice and change continue across the country’s 31 provinces, as well as other countries including Türkiye, Lebanon, and France.

Beyond the streets, many of us around the world have shown support online, with the hashtag #MahsaAmini breaking Twitter records at more than 80 million tweets as of 24th September. (This is in spite of the fact that many of those in Iran have faced internet blackouts in the regime’s attempt to curb this kind of online mobilisation.) Although whether or not we are directly affected by an issue, calling for justice and supporting those fighting on the ground is crucial, we must remember the human being behind the hashtag —as well as the countless others who have suffered or are at risk of a similar fate.

As British-Iranians without having lived in Iran, we are particularly aware of our privilege and distance from the fearless women fighting on the ground. We hesitate to comment on an issue that, despite feeling so close to home, is so far from our daily realities. Yes, we grew up hearing about the very real dangers our relatives, especially those who are women or LGBTQI+, have become horrifyingly accustomed to since 1979. However, we are not living through the struggle that so many women and others in Iran have lived and continue to live, and do not wish to speak on their behalf. That being said, both as feminists and as those with relatives personally affected, we also cannot be silent.

First and foremost, it must be said that this is not a binary issue of To Hijab or Not To Hijab or “The West” versus Islam that we are so often presented with. The reality is much more complex and messy, built on decades of cultural and religious clashes, political turmoil, and misogyny in its countless forms.

At its core, this is yet another case of women being criminalised, abused, and even killed simply for existing in their bodies. Of course, this is not an exclusively Iranian problem. Unfortunately, we see comparable scenarios time and time again in all countries, cultures, and contexts. It’s about denying women the right to make their own choices, even those as seemingly trivial as what to wear. It’s about placing male comfort above their lives. It’s about control and coercion through fear.

It is also crucial to acknowledge that this is a struggle for freedom from intersecting forms of oppression, including gender injustice, but also persecution based on religion (such as the Baha’i), ethnicity (such as the Kurdish people), and sexual orientation.

Furthermore, by focusing solely on the hijab itself, we are painting Iranian women as one homogenous group that only wants to burn it. Iran is diverse like any other country, with a population made up of atheists, Christians, Jews, minority-religious groups, and of course, Muslims—who may choose to wear the hijab whether or not it’s enforced. This is not a war against the hijab, but a war against the policing of women’s bodies.

It is also reductive to say that this is an issue only faced by women in Iran, while women in India and France are also currently fighting for the right to dress as they choose—though in these cases, that is the right to wear the hijab. Whatever each individual woman wants, the common thread is that the choice is routinely taken away from us.

The resilience of the Iranian people, their hunger for regime change, and their sheer courage is indisputable. What remains uncertain is what happens next. But whatever that is, the answer does not lie with us, nor with any outside powers planning to invade the country under the guise of emancipation and liberation for the veiled Iranian women. We saw what this breed of “democracy” did for Iraq and Afghanistan, after all.

Rather, the future of Iranian society must be shaped by the people breathing Iranian air and standing on Iranian soil. We must ensure these protests and movements are not co-opted by external interventionist agendas and that it isn’t reported in a reductive manner that furthers islamophobic and neocolonial ideologies. Iranian women don’t need white saviours, they need their control and voices back.

One thing is for sure: the government of Iran does not represent its people. Iranians are known for being cultured, philosophical, open, fun-loving, and welcoming. (If you’ve ever been to an Iranian person’s home you’ll know this to be true!) Furthermore, statistics show that the Iranian population is largely young and liberal, and only becoming more so. Isn’t it about time this new generation had a say in the Iran they’d like to see?

But the current regime has left no room for reform or even debate. By rejecting the wishes of the majority of its own citizens and systematically punishing women and minorities, it has destroyed its own legitimacy. As we watch in horror from the sidelines, we hope that real change is coming. We hope to see Iran adopt a leadership model that is willing to bend, negotiate, and work with Iranian people so that they can participate in the decision-making process. However, the change that needs to come about can only be led and achieved from within.

Goli is a Director at Global Office Consulting and a Barrister by training. She has served as Executive Director of a leading arts charity for more than seven years and has contributed several articles to journals in the Middle Eastern art community. Prior to that, she worked for an International Law firm for over ten years where she specialised in family, construction and property law. Goli has a passion for mental health issues, sexual and reproductive health and rights, and gender-based violence. She is a passionate mentor and takes great joy in helping young people cultivate strong, evidence-based advocacy.

Roxanna is a Senior Account Manager at Global Office Consulting. By specialisation, she is a content writer and strategist who has led international advocacy campaigns for various NGOs and EU institutions. She holds a BA in French and Spanish from King’s College London and an MSc in European Studies: Ideas, Ideologies and Identities, with a specialisation in ethnic minority identities, from the London School of Economics and Political Science (LSE). Roxanna has written speeches, articles, and books on behalf of activists, political figures, and academics in the field of human rights, equality, and health. 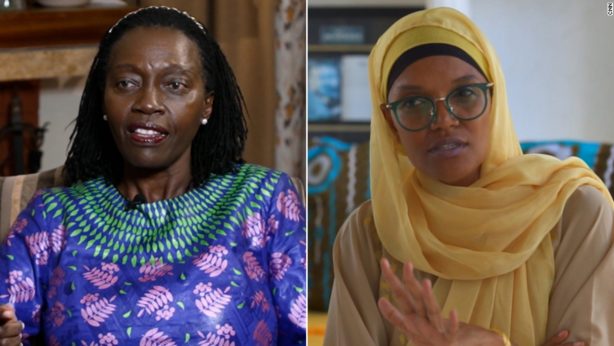 We live in a world where 50% of adolescent girls...

This website uses cookies to improve your experience while you navigate through the website. Out of these cookies, the cookies that are categorized as necessary are stored on your browser as they are essential for the working of basic functionalities of the website. We also use third-party cookies that help us analyze and understand how you use this website. These cookies will be stored in your browser only with your consent. You also have the option to opt-out of these cookies. But opting out of some of these cookies may have an effect on your browsing experience.
Necessary Always Enabled
Necessary cookies are absolutely essential for the website to function properly. This category only includes cookies that ensures basic functionalities and security features of the website. These cookies do not store any personal information.
Non-necessary
Any cookies that may not be particularly necessary for the website to function and is used specifically to collect user personal data via analytics, ads, other embedded contents are termed as non-necessary cookies. It is mandatory to procure user consent prior to running these cookies on your website.
SAVE & ACCEPT
SearchPostsLogin
From Afghanistan to Bulgaria: Finding Purpose in Displacement
Six things to know about GEF
Women in Dev Steering Committee Spotlight – Natalia-Nana Lesterbush
Zan. Zendegi. Azadi: Woman. Life. Freedom.
What Africa Can Learn From Kenya’s Online Harassment of Female Politicians
Women in Dev Steering Committee Spotlight – Uma Mishra-Newbery
Gender, Victimhood, And Violence: Depp-Heard Trial Reflections
A patchwork of access: abortion across borders