We live in a world where 50% of adolescent girls experience online harassment prior to reaching Kenya’s and the most common global voting age of 18. This leads to almost 20% of girls and young women avoiding posting on social media completely. Online harassment inhibits the freedom of expression on tech platforms, exacerbates gender-based violence offline, and poses a threat to democracy overall.

The surging cases of online gender-based violence — in the forms of insults, body shaming, and bullying — are not only intended to torment individual women and girls, but to suppress their participation in politics and curb the diversity of voices and agendas in public dialogues.

As such, the goal to stop online violence against women and girls in political spaces is an investment in promoting women’s equitable political participation and an essential step to the modern democratisation of society and civic normalisation.

Threats to Women’s Leadership in Kenya

Violence against women in politics encompasses all forms of aggression, coercion, and intimidation seeking to exclude women from politics simply because they are women. Gendered disinformation is also a form of violence, referring to activities that attack or undermine people on the basis of gender, or that weaponise gendered narratives to promote political, social, or economic objectives.

Female political candidates in Kenya were harassed through the use of technology and social media in both the 2017 and 2022 campaigns. Furthermore, studies show that Kenyan female politicians were more likely to be targets of online sexual gender-based violence compared to other forms of online harassment.

A  scientific observation also revealed that in the 2022 Elections alone, unlike their male counterparts, Kenyan women politicians were trolled regarding their sexual history, bodily anatomy, relationship and marriage status, and alcohol use.

For 20% of the Kenyan female politicians targeted by online hate, this resulted in taking a break from social media at the most critical time of their campaign, leading to a loss in popularity, as indicated in political opinion polls. This can be a major disadvantage for female candidates and demonstrates how online abuse discourages women’s political participation.

Online violence against women in politics therefore poses a deepening challenge to democracy, serving as a key tool of illiberalism and democratic backsliding across the globe. Overall, this online behavior seeks to achieve political outcomes. It targets individual women to drive them out of public life, while also sending the deeply damaging message that women should not be involved in politics.

Working with key stakeholders to draft a solutions-based digital rights policy can give government officials, political women, women’s rights organisations, business leaders, and digital platforms a chance to create global momentum for action to end the illiberal and anti-democratic influence of online violence and gendered disinformation against women in politics.

With seven African countries holding elections in 2023, and 18 in 2024, the official campaign period for most of these nations will likely be at its peak within the next two years. I expect that campaigning intensity will increase, also in the digital space, as it is easier for candidates to reach and engage voters. However, we are seeing increasingly that digital technologies can also be misused to work against democracy.

It is essential that female candidates experience a level playing field. We must push for the African Union Vision 2063 ambition that aims for a non-sexist Africa, where both girls and boys can reach their full potential. This requires joint action ahead of the 2023 and 2024 political seasons that will take place in over half of the African Continent. 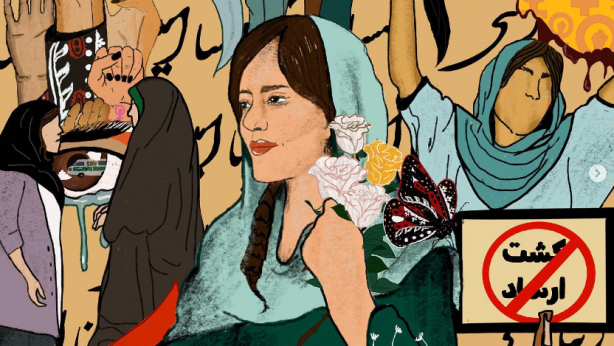 Please start by telling us a little bit about yourself...